After spending about a week in Anambas, in the village of Letong, I can safely agree with CNN labeling this part of the world the most beautiful of the whole of Asia. Anambas truly is utterly breathtaking.

Part of the Indonesian Riau Islands, at just a stone's throw away from Tioman Island, the Anambas archipelago offers countless idyllic beaches, complete with swaying coconut trees, white sand and blue lagoons. It's Tioman². Anambas is as paradise as they come. 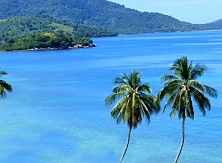 The Anambas archipelago has sea water that is so clear, it resembles liquid glass. In fact, one of our party called the sea around Anambas "nature's swimming pool". This is quite apt.

As a matter of fact, when our tour boat's sonar was showing a depth of over 40m, we could still clearly make out the sea bottom below. Anambas has the clearest water I've ever seen, clearer even than Maldives.

Now, for all the gorgeous splendour Anambas offers, it is still relatively unknown in the international tourism realm. And this shows when you're there. In fact, when you arrive in Anambas, it feels like you've just stepped back 300 years or so, to a time when this part of the world was still pretty much undiscovered and certainly very unexplored.

It's as if time has stood still in Amazing Anambas.

During my Anambas trip, the villagers in the smaller kampongs were still rather wide-eyed when confronted with foreigners. Local kids in particular, burst into the widest smiles at just meeting us.

The warmth and hospitality at Anambas is overwhelming. I've never been invited for a meal by strangers as often as during my time in Anambas. The Anambas people are some the friendliest and most generous I've come across in all my travels.

As for Anambas' nature and wildlife, there's flora and fauna simply everywhere you look. Right below our kelong, basically a chalet on stilts, two moray eels had made their home, venturing out of their burrow every so often for a quick forage.

Whilst having your breakfast on your kelong patio, you'll see sea turtles come up for a breath every now and again. And when snorkeling, we easily spotted more different species of marine life than we did in our other snorkeling locations.

How do you get to Anambas? Well, the easy way is to fly. There's a plane that departs from Bintan twice a week. The arrival destination is Matak, a short water-taxi ride away from Tarempa. 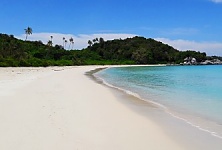 But you can also take the scenic route to Anambas, which is by sea. You have 3 choices.

1. The speed-ferry ride from Bintan or Batam, is about a 7-10 hour trip, depending on the ferry and sea state. Of the two ferries, the Batam ferry is the more comfortable, though both are air-conditioned. The Batam ferry has a wider range of snacks and drinks on offer and is altogether more contemporary. Both operators feature in-cabin movies, but only the Batam ferry offers a personalised entertainment system.

Mind you, apart from the entertainment inside the cabin, there's plenty to look at while on the ferry deck too. We spotted quite a few flying fish and even a pod of dolphins during our trip!

2. You can also take the "Bukit Raya" from Tanjung Pinang. This vessel is a cruise ship that, whilst not as fast at the speed-ferry, can take about 1000 passengers. This journey takes about 15-20 hours, but it offers cabins with beds and there's plenty to do, such as a games room, karaoke or just having a meal or drinks at one of the eateries. That said, it only operates twice per month and irregularly so at that. 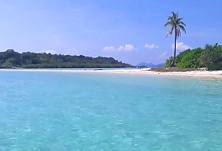 3. Or do a memorable once-a-lifetime scubadiving Tour D'Anambas from the comfort of your own scubadiving liveaboard.

All in all, Anambas looks like it's poised to appear on the world tourist radar in the not too distant future. The islands are simply too gorgeous to go unnoticed for much longer.

In fact, as we speak, several new projects are being rolled out by the local Anambas authorities, amongst which a new domestic airport and the development of Pulau Bawah. 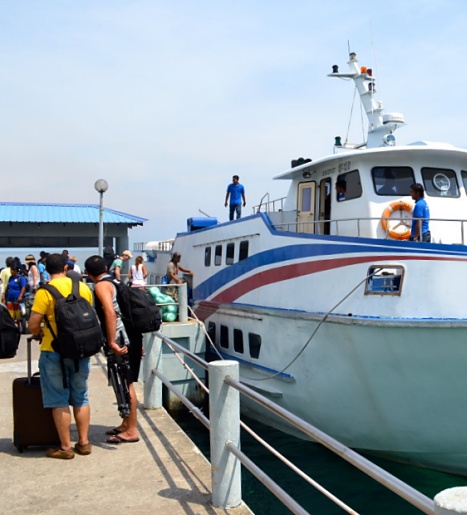